Captured by the Hawk 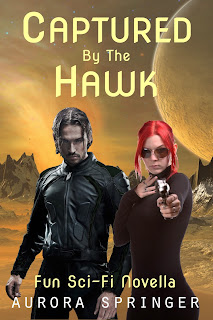 Intrepid spy, Grey Kat, is escaping though Hassam Space Port with key codes stolen from the Emperor’s Revenge when she is trapped by the notorious pirate, Black Hawk. He persuades her to assist in his next piracy attempt, and they are thrust into a series of mishaps, dashing across the galaxy to avoid the Emperor’s ships. While dodging pursuit, Kat struggles to uncover the secret hidden behind Black Hawk’s mask before she suffers the tragic fate of his unfortunate wife.