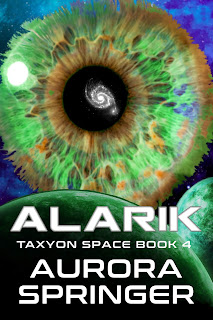 Two people fleeing their planets discover a shared destiny.
When an alien spacecraft crashes on Mars, the repercussions sweep throughout the solar system and endanger the fragile new alliance with the Warrish mermen.
Alarik Kenton Tallis, Eldest of three brothers, was forced to infiltrate human society on Earth as a spy to insure his injured brother receives proper medical care. But when his transmissions are detected, he must flee the planet.
On Mars, Phoebe Wong, a veterinary scientist with dubious family connections, is desperate to escape the underworld gangs terrorizing the domed city. She jumps at the chance to join the colonists bound for a distant exoplanet.
Their paths converge on a space ferry bound for the outer planets. Troubles arising from the mysterious spacecraft pursue them to Jupiter. Will their flight end on Europa, the hyperspace gateway to the stars protected by three diverse species?