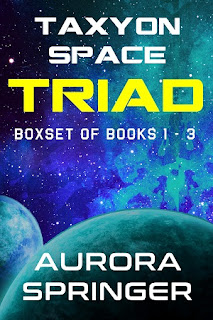 What alien creatures lurk under the icy surface of Europa?

Dr. Nikki Bell’s plan to discover intelligent life in the oceans of Jupiter’s moon hits a rocky start when her spaceship crashes on the icy surface of Europa. Seconds before she blacks out, she spies a man’s face in the water beneath the ice. When she wakes on the submarine Station, nobody believes her story. Convinced the mysterious stranger saved her life, Nikki searches for him while she explores the ocean and its alien inhabitants.

Kiron Arqin Ramis chose exile as a Watcher on a remote outpost to redeem his family’s honor. He never expected to find an attractive Earther woman close to death. He violates the prime policy by rescuing her. Despite suffering the penalty, he strives to warn her about his hostile leaders.

Nikki’s unexpected meeting with Kiron triggers a chain of disasters in Europa’s perilous oceans. Can the daredevil scientist and scarred Watcher forge a new alliance despite their people’s antagonism?

Dr. Nikki Bell is devastated when the Watchers reappear without her alien lover. Why did he return to his home planet without even leaving a message? In search of answers, Nikki jumps at the chance to join the diplomatic team invited to visit the aliens’ home world. On Rishalt, she must contend with the intricacies of Warrish society and an undercurrent of hostility.

Kiron Arqin Ramis is summoned home by his family to the unwanted honor of a new triad and union with a high-ranked female. Unable to forget Nikki, he endures a perilous exile on a wilderness planet instead of complying with his family’s demands. But, the Triarchs have other plans for him.

Stakes are higher than the lives of two individuals. Earth leaders are desperate to acquire the alien interstellar technology, while Warrish dispute the benefit of an alliance with inferiors. Can Nikki and Kiron pierce the barriers separating them to find happiness with provoking an unequal war?

A simple hop across hyperspace turns deadly, smashing hopes for a human-Warrish alliance.

Nikki and Kiron Ramis Bell are studying the marine life of Rishalt when they are summoned for an audience with the Prime. Tol-Jadel sets them the task of investigating a hyperspace perturbation near Jupiter. This anomaly threatens to sever the routes connecting Earth and Rishalt. They must return to the ocean of Europa to identity the cause of the disruption. But, tensions are rising between Warrish Watchers and the humans on Galileo Station, and Earth’s governments are squabbling over the proposed alliance with the aliens. Can Nikki and Kiron erase the obstacle before their home planets are separated forever?