Stung by the Cobra 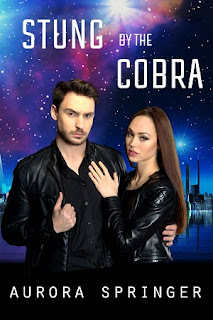 Shan Zennia, Senior Curator of the Archives of Galactic Culture on Lumos, plays a dangerous double role as a researcher and a spy for Solarian Intelligence. She embarks on a new mission to observe the spring festival on Harappi, a planet recently conquered by the ambitious Emperor and now governed by his niece, Domina Allia.

Zennia finds unexpected mysteries on the planet, including the enigmatic Nagari. Once a victorious commander in the Emperor’s space fleet and nicknamed the Cobra, he was forced to abandon his military career when Allia claimed him as her consort. Her abusive treatment has driven him to the brink of madness.

Intrigued by the ex-commander and aware of his value as a source of information on the enemy, Zennia agrees to meet him during the festival of rebirth. Opposing forces clash at the height of the celebrations, catalyzing deadly violence. Can Nagari and Zennia survive the chaos and win a new and happier life?